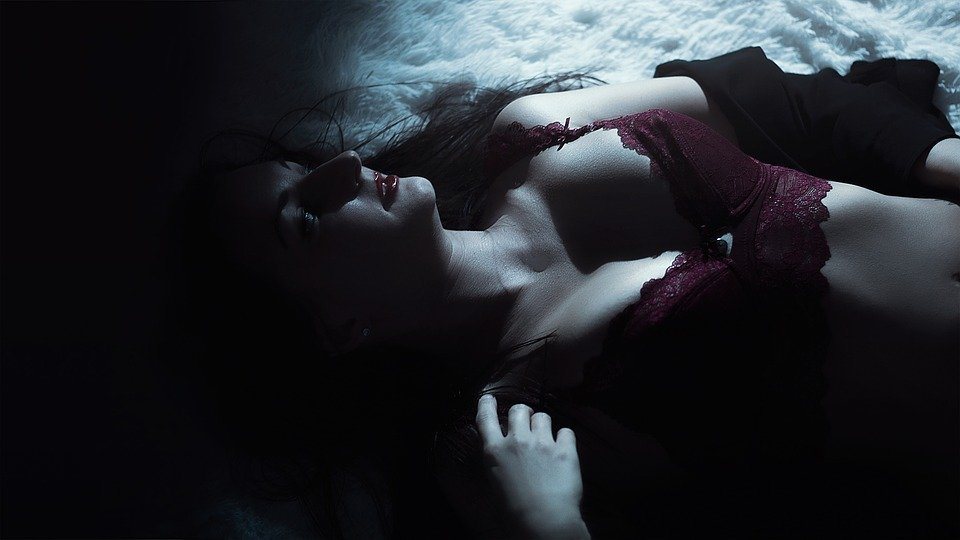 Years ago back when I was in Barranquilla, I enjoyed both a fun bachelor lifestyle and also being in a relationship with a Colombian chick.

During the days of being single and hooking up, I met a chick named Eli.

Now she was a Colombian chick that happened to live in the area.

And she was pretty cool – white looking Colombian chick with a decent ass but great tits.

At any rate, I remember our very first date.

We met up from having talked first online and our date started at some park that was close to my place back then.

And in usual fashion, I took her back to my place quickly to lead things to sex.

But it didn’t stop there.

Usually after I fuck a chick, I don’t normally hang onto them.

Instead, I prefer to move to new chicks to fuck.

Well, the usual reason has always been that I prefer novelty.

To have the excitement of having a completely new chick to fuck again and again.

The type of excitement is not as strong when you are fucking the same chick twice or more.

Nothing wrong with that either – there can be certain benefits with fucking the same chick.

Like being able to better plan how to fuck in a public space for example if you want to get risky.

Or maybe she is really great at sex and you want to fuck her again.

But normally I prefer to chase the excitement of someone new.

Though at the time I met Eli, I was actually at the point of getting very busy with personal stuff.

Stuff related to work in general and other things.

So I knew that in a month I wasn’t going to have the free time to go out and bang new chicks as consistently as I normally try to.

On top of that, I actually liked Eli as a person.

She was pretty cool beyond sex in that her personality was on point.

And she made a great drinking buddy given the fact that she liked to drink as much as I did.

So I decided then during the next few months to take it easy with fucking new chicks.

But I slowed it down a bit and didn’t try to bang as many new ones as I usually do.

And instead focused on my work while having sex with Eli mostly.

Because one thing you will learn is that banging new chicks at a consistent pace takes up time.

And work on all of these chicks over the phone…

Building up their interest…

And setting up dates with different ones and making time for those dates.

Now if I’m going on a date with a completely new chick, it will usually take me 2 to 3 hours to reach the point of having sex or not.

Though sometimes it happens much sooner – maybe in 10 minutes even – if the chick is down for that and is very easy.

Though most take around 2 to 3 hours for me to know if we are going to fuck or not.

So as you can imagine….

It can be time consuming if you are trying to bang lots of Colombian chicks in a short time.

Now with Eli, like I said, it was more than just sex.

I liked her personality in general and we hung out well.

Well, for a while…

But an issue started to come up…

Because you see, while Eli was cool with having sex and hanging out…

She, like a lot of women, start to look to extract something else out of our interactions.

At least that has been my experience with women.

Even the sluttiest women who just want to fuck might eventually start to look to extract something out of you in my experience.

Even if that means just having you take her to a movie theater for example.

My belief as to why that is the case is that no women wants to feel like a slut or a used sex toy.

And if all you two are doing is just fucking and literally nothing else, then she might start to feel like just a sex toy to you.

Looking then to get you to invest more in her in some way.

So that way she can feel better about herself subconsciously in that your relationship together isn’t just fucking.

On top of that, I feel some just want to see what they can get out of a guy also if at all possible.

And so quite often chicks will try to get you to invest in them in some way.

Not all chicks though – sometimes all they really want is just sex.

But if not, they might try to get you to take them on dates that have nothing to do with sex.

Or in the case of Eli, they will look for commitment.

And so we had a problem…

Even though Eli was cool when we first started hanging out…

She started to become more anxious about getting a relationship with me.

Something more formal than banging and having a few shots of vodka after.

But in my situation, I did not want a relationship with her.

For one, I had ended a relationship with another chick prior to her some months prior.

And didn’t feel like getting back into one right away.

Second, she seemed like the chick who could not be faithful to a man.

That isn’t to say she is a bad person.

She isn’t – though her cheating on other dudes was not ethical obviously.

But my belief is that some people just very naturally can never be faithful because of their behavior.

They can’t control themselves.

And they don’t realize it always – so they end up looking for a relationship but their sexual impulses drive and lack of self control contribute to the cheating.

That’s just my opinion anyway and how I saw Eli.

But not someone I’d want to be in a serious relationship with.

Nonetheless, I was quite honest with her in saying that I didn’t think a relationship would work with her.

I never said I was 100% closed to the idea because I did like her as a person.

But I told her my doubts about her fidelity in the long run and that is why I could never be in a relationship with her.

Nonetheless, she persisted by hanging out with me.

And I never denied the sex so we continued to fuck and hang out together.

And on the night of returning…

I got a call from her.

Now leading up to this, she was becoming much more insistent about wanting a relationship.

In a way, I think denying her a relationship up to this point only drove her even more to want it.

In a way, to achieve what seems nearly impossible, I guess.

That is another behavior I have seen in some women – showing disinterest sometimes has caused some to double down on trying to get something from me.

Be it attention or in this case a relationship.

Anyway, Eli called me when I got back to my apartment in Barranquilla.

And ultimately we had the same conversation…

And like I said, she was very insistent by this point.

But I had enough – I felt like I had to stop saying that “I don’t think it would work out” and just say “it won’t happen.”

And I lost any real interest in an idea of a relationship anyway.

So I said that it won’t happen ever.

And she started sobbing on the phone.

That night, I felt like shit for essentially breaking the heart of someone I considered a friend.

A hookup friend but a friend nonetheless.

Someone I liked beyond sex but decided in the end against a relationship.

Which is that when I bang some random hookup chick once, nothing happens.

No broken heart. Just a hookup and that is it.

But bang them over and over again and they might start to look for something more from you.

Not always – some do just want the dick.

But others look for investment in terms of non-sexual dates or commitment.

And I don’t want to make another person so eager to chase something and get upset when it doesn’t happen.

Yes, you could argue it was mostly her fault for pursuing something I often told her was not likely for reasons I laid out.

But nonetheless, I’d rather minimize the possibility of causing sadness in others in that way in the future.

Because ultimately, it is not necessary.

Just bang her once and make it very clear it is only a hookup if that is all you want.

And in my experience, no chick ever gets sad from that and you don’t have to hear them sobbing on the phone..

While also pursuing you even after the phone call still trying to convince you to change your mind.

Which means you won’t just have to break her heart…

Which is not something you want to deal with either.

So I recommend you avoid banging the same chick for months on end.

If you do, just make sure to cut her off when she brings up the idea of a relationship.

Don’t be weak on it and entertain the idea like I did.

If you have any serious doubts, just tell her that it won’t happen.

And she likely won’t stay around if she truly wants it.

Like, as said before, pursuing the thrill of something new.

Which can bring you a lot of fun when you find the right chick that fits you perfectly sexually.

To find one like that takes time but is worth it.

And requires you to pursue new pussy.

All again reinforcing my belief that it is generally preferable to avoid banging new pussy.

Unless she strictly just wants the dick and isn’t bringing up a relationship.

Nonetheless, that’s my opinion on banging new pussy versus banging the same chicks over and over for a long time.

And if you have any experience or questions on the matter….

Let me know in the comment section or send me an email.

I am always available usually to respond unless I happen to be very busy in the moment.

And if you want to read another story with some lessons, check out Story 30 here.

Thanks for reading and for your time.