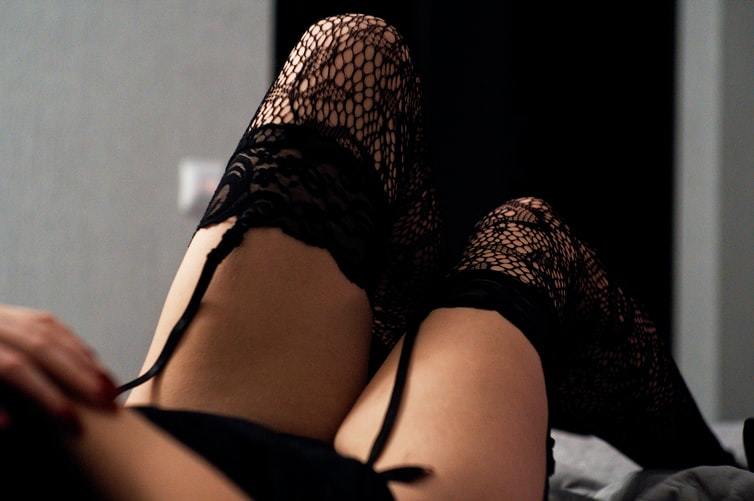 A few odd years ago, I was using Airbnb for a small period in Manizales on a short trip.

Now keep in mind I don’t use Airbnb much while in Latin America.

I’ve used it a few times but I honestly prefer apartments over Airbnb any day of the week.

But this was going to be a short trip and I figured it would be find to use Airbnb this time around.

But why do I not like Airbnb while living in Latin America?

The story below speaks for itself…

I show up to the Airbnb that I was set to spend a few weeks in.

The purpose of my trip was to basically enjoy some of the hiking and nature in the area.

As this city is located in the Coffee Triangle of Colombia and has plenty of awesome nature to enjoy.

But it also comes with one other benefit…

Which is that Manizales (and nearby Pereira) have plenty of hot and very easy Colombian women to bang.

What more could the single man need?

So I show up and also keep in mind..

That I had asked the owner of the place if they had any policies on guests.

Well, as long as I don’t have any massive parties, it is all cool..

And before my trip to Manizales…

I made sure to gather up some numbers of chicks to bang by meeting some online.

You can check out more on how to do that here in this article I wrote.

So anyway, I had success my first day in Manizales by bringing back to my place this cute white Colombian chick with long brown hair.

Small tits but she was cute.

And the place had a security guard at the front of the place.

Nothing was said. No issues with bringing her in.

Over the week, I brought in another chick and another one…

Granted, not all of them agreed to have sex either.

So it wasn’t like I was banging all of Manizales.

Though I sure tried!

Either way, some said yes and others went their own way.

The security guard was starting to have an issue.

As we walked into the front door, I said hello to the security guard.

And he replied “tienes muchas amigas.”

Which basically translates to “you have a lot of female friends.”

She didn’t make a scene right there but obviously she was not down for banging any longer when we went back inside my place.

The dude fucked it up.

Well, as you see, some Colombian dudes obviously take it the wrong way when you are fucking half the country.

Reason being is that sometimes dudes get defensive of what they perceive to be “their women.”

A bit territorial in a way.

In the same way that sometimes a black woman gets annoyed at seeing a black man with a white woman.

Or a white man gets mad at a black man with a white woman.

What all of these people have in common in my experience is that they are usually low quality.

Now keep in mind most Colombian dudes I have met are pretty chill bros on this matter.

I mean, as long as you are not bragging to their face that you are “HA HA fucking all your women”

Because there’s plenty of Colombian dudes who like to play the field down here also..

So they get it.

But you do get the occasional one, like this security guard, who either is jealous, super religious or whatever his deal is.

And being that I’m not shy of confrontation…

I made it a point to the guy in the firmest but still respectful way that what he said wasn’t cool.

Which I think took him by surprise but also annoyed him also.

Well, by this point, my trip was almost over.

The dude made his comment and fucked up one of my dates about a week and a half into my trip.

And after that day, I only had maybe 2 or 3 more days anyway.

But I got a text message early in the morning the next day from the person who owned the Airbnb rental.

But the owner reached out first and said that I cannot have guests over because I am having too many.

Though the owner was polite about it first…

I stood my ground and said that we agreed that guests were allowed.

And basically I was told that “this is not a motel.”

I decided not to press the issue any further.

Maybe there will be another foreign traveler interested in pussy and nature that comes by Manizales..

And whoever that dude might be – he should at least know that this place was not very friendly towards the traveling bachelor looking for some fun.

But what are some lessons for this story that you should take away?

There’s a few points to be made here.

First, if you can avoid Airbnb or hotels, do so.

In my experience, Airbnb really doesn’t offer the best value for what you get anyway in terms of price for the place you are getting.

Longer term apartments are always better in my experience.

And sometimes you can find an apartment owner willing to let you stay for a shorter period like a month or less.

You can find them on Facebook apartment groups in the Colombian city you are going to..

Or perhaps you can find a few apartment listings while walking outside in public in whatever city you are in.

Second, if you had to choose between an Airbnb or an hotel if you can’t find an apartment for a short term trip…

Then go with Airbnb. Chicks are more likely to feel like prostitutes or just uncomfortable going into your hotel room.

And hotels are more likely to cockblock you than Airbnbs in my opinion.

Third, a thing to keep in mind for any rental – Airbnb, apartments you find, etc.

Is that if it has a security guard, you want to befriend that person.

Personally, I find it better when they don’t have security guards.

Because I’ve never had an issue of someone breaking in and stealing my stuff from my apartment.

Which then a security guard would be ideal to stop anyone from leaving during the middle of the night with your stuff.

But having extra people who are knowledgeable about you bringing in lots of different chicks can cause complications if one of them decides to say something.

Then those folks can kick rocks for all I care.

But the less people you have to go through to bring chicks into your place, the better.

Best to make that dude a friend…

And also less likely to cockblock you for bringing in so many chicks.

A way to do this is pretty simple – just make small talk with the guy and be very friendly.

And also offer the bro a slice of pizza or a beer or something every once in a while.

Whenever you have something extra laying around…

Be nice and share something small once in a while and the guy will be less of a dick to you most likely.

And more helpful all around.

Anyway, hope all of that information helps.

Just let me know in the comment section below or send me an email.

And if you want to read another story with some lessons, check out Story 29 here.

Thanks for the heads up regarding the security guard, I tend to make friends with them always coz they are in the know and can be a source of some good info. I really enjoy reading your articles
and find them very interesting. Have thought of changing your name to Sir pussy a lot? You have seen more ass than a rental car man.😂 You are on point about black girls, see when I was in University I was getting no love from the sisters but as soon as this Portuguese girl and I started dating, oh man the sisters went apoplectic. I told them straight up to go fuck themselves.
I am an equal opportunity pussy hunter, I don’t discriminate. Keep up the good work.