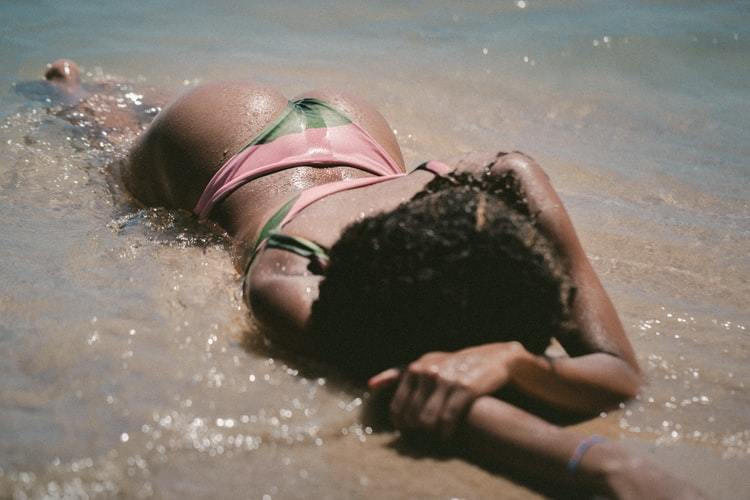 On a dark rainy day in July in Barranquilla…

And we ended up going to a motel in Barranquilla.

After we finished everything, it was time for us to leave obviously.

She lived near the southern part of Barranquilla while I lived a bit far from that.

At any rate, it was getting late and her parents had been calling her while were fucking.

So obviously she had to get back to her place quickly.

The motel we were at was able to get us a taxi to take us back.

First, it was going to where her parents live and then it would take me to my place.

We get in the taxi but before we do so…

I had her ask the taxi driver how much the cost would be before getting inside.

One reason why is because taxi drivers in Barranquilla are pretty bad in my experience for ripping people off.

And sometimes it’s better to have a local ask for the price than a foreigner.

For whatever reason, there’s a smaller chance that the taxi driver will try to offer a BS price.

So anyway, we get inside because the price was reasonable.

But it’s raining heavily outside.

The taxi is only able to make it around the corner of the street before it has to stop.

Because the street in front of us had a flash flood – an arroyo as they are called.

So the taxi simply waited there until it was safer for the taxi to keep on going.

That is not an unusual experience in Barranquilla.

Or anywhere along the Caribbean Coast of Colombia during the “rainy season.”

Now what is the rainy season in Colombia?

It is a period of time usually around April and through the summer months from what I remember right.

It might last a little longer though than just the summer months but it is mostly around that time period.

Where it rains like hell in the cities along the Caribbean Coast.

And with all that rain…

You end up getting arroyos or flash floods in the streets also.

On top of that, hurricanes pass by during time and always have a chance of maybe impacting the Caribbean Coast.

In my experience, a day during the rainy season in the Caribbean Coast is usually something like the following…

During the morning, everything will be sunny and hot.

But it will get cloudy pretty quickly.

With a few hours of lots of rain and then cloudy again later.

It’s not like the rain goes on forever and ever in my experience.,

But keep in mind one other thing…

In cities like Barranquilla and Santa Marta more specifically…

The city infrastructure is pretty bad in my experience.

So when it rains just enough, it usually fucks up the city for the time that it is.

And you know what else?

If the rain is really bad…

Then obviously it can fuck up your chances of getting laid on a certain day if you have a date set up.

And I still stand by that…

We also need to be honest about some of the drawbacks of dating Colombian chicks in Barranquilla.

One of those drawbacks being the hurricanes and rain season you might experience if you go to the Caribbean Coast during the months mentioned previously.

Maybe I’d postpone the trip or go to another Colombian city with better infrastructure.

But if you are going to spend more than a week, then Barranquilla or any other city on the Caribbean Coast can be great still.

Even during the rainy season, it can still be possible obviously to get laid.

It’s more of an inconvenience to experience the rainy season…

It can maybe once if you are unlucky enough..

Getting Cockblocked by a Hurricane

Going back like 4 years ago (more or less), we had a hurricane pass near Colombia called Hurricane Matthew.

And I was in Santa Marta at the time…

Now I had showed up to the Caribbean Coast basically on a little trip.

After flying in from Bogota to the Caribbean Coast…

I first arrived to Barranquilla to meet up with some old hookups and check out some bars I like in the area..

Then I took a bus to Santa Marta…

And that’s when I started having problems.

I had several contacts lined up in my phone and Hurricane Matthew fucked up one of my days trying to get laid.

The chick in question simply wasn’t able to make it because we had way too much rain and apparently a few arroyos in her area of the city.

Or at least that’s what she said.

But it wasn’t just her.

There was another chick I had as another option I was thrilled about that also wasn’t able to make it because of the same complications.

Unfortunately, that day I ended up alone with no pussy.

Although things got better the next day when I was able to set up a date with a different Colombian chick that I had lined up..

And when it was time to send her home…

It started raining heavily and we couldn’t get any taxi to come pick her up back to her to place.

So she ended up staying longer than I originally planned.

And you know what happened next?

I had another date set up that same day right after her.

Because I wasn’t sure if I was going to get laid with her or the one after..

Maybe one of them flakes or whatever – you never know.

Well, thankfully, I did get laid with this one.

But I still had a date set up for after her.

And time was moving quick.

So I walked into the bathroom real quick when it became apparent that I wouldn’t be able to get rid of the first chick quickly enough..

And had to text the next girl coming up that I can’t do it – the heavy rain outside is too much.

How about we meet up the next day?

But the chick I texted didn’t take it well. She took it like I was rejecting her or something and basically told me to forget her.

So that one came with a little more attitude than normal I guess..

And ultimately was another chick I lost mostly because of all of the heavy rain during the rain season.

Maybe caused by Hurricane Matthew or maybe not..

Either way, fucking up my schedule and trying to get laid.

As a result, I lost basically 3 chicks and was only able to bang 1 because of all of this mess.

And you lose sometimes…

The only positive thing I can say about this experience is that the chick I did fuck was pretty memorable sexually and had a great ass.

So you got to look on the positive side I guess even when things happen.

And for the remainder of the trip in Santa Marta (a few weeks), I said fuck it and only messed around with the chick I did meet up with.

Whose name was Lina by the way.

A white looking Colombian chick with a great ass and fake tits.

Well, the ass might have been fake too but I wasn’t complaining.

I personally enjoy a chick whose had some surgeries done – they often look great and there’s plenty of them in Colombia.

Just another benefit to dating and banging hot Colombian chicks. 😉

At any rate, the main lesson here in the two stories provided…

Is that there is one main drawback to trying to get laid in the Colombian cities on the Caribbean Coast.

Which is that the hurricanes and the rainy season in the area can somewhat fuck up your schedule.

And even limit your ability to meet new chicks on dates.

Just like it did for me a few times when I took that trip to Santa Marta.

Still, the Caribbean Coast has plenty to offer with plenty of hot chicks – as I wrote about here.

Including one of the biggest carnivals in Latin America – which is useful for enjoying Colombia and banging hot Colombian chicks.

More info on that carnival in this article I wrote here..

Anyway, if you have any insight or questions of your own, let me know in the comment section.

And thanks for reading.

Story 26: Banging Hot Colombian Women in a Night of Rock