Story 26: Banging Hot Colombian Women in a Night of Rock 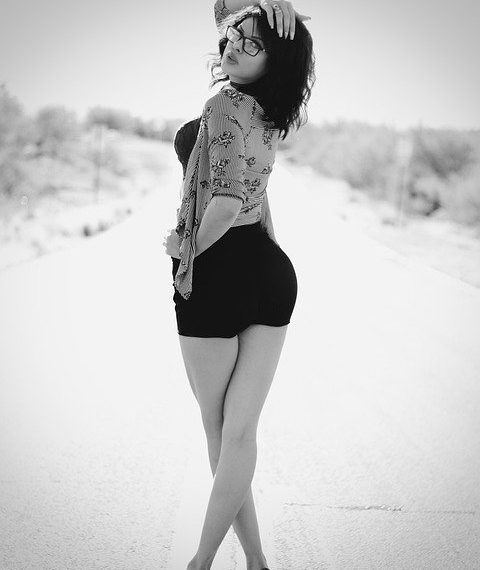 In my years of living in Colombia, I have gone to numerous bars and clubs in various cities down here.

And as I have written here, nightlife in Colombia is not ideal for meeting hot chicks.

One of the reasons for that is because a lot of the nightlife down here is table and chairs.

And not a whole lot of mingling between strangers looking to meet someone new for a good time.

Still, nightlife in Colombia can be fun regardless.

Maybe bring a nice chick with you to a certain venue to enjoy the night with.

Or go to a venue with some friends at a place that is great for drinking a few beers and hanging out.

And as I wrote about here in this article…

Especially if you are hoping to find hot chicks to bang later..

The upper class venues in Colombia are not always the best because of the attitudes of the people there and the higher prices.

But you know what is ideal?

Instead, go to some of the bars that are not frequented by foreigners much, if ever.

To places that are in average neighborhoods where mostly local people would go to.

Somewhere off the map so to speak that doesn’t get much attention but still has good service.

Because a bar like that is more likely to have friendlier locals who are not as snobby.

Especially since it would be at a venue where they probably don’t see too many foreigners, if any.

And chicks at places like that probably don’t run into too many anyway.

So your exotic value as a foreigner would be higher in places like that.

Including the fact that drinks are cheaper also – what a nice bonus.

A night that consisted of a bottle of vodka, some beers, a few friends, plenty of rock music and a hot Colombian chick named Magda.

One night, I got a text from a Mexican friend of mine who lives in Colombia named Armando.

A few texts later and we met up to have a few beers at a local store near the corner of a street.

After a bit, we decided to head to a bar to enjoy some rock music since we both like rock.

Where did we go?

Well, Armando had spent more time in Bogota than I had by this point.

And he had the taxi take us to a place called DeLarge Rock Bar.

Or something like that – I’ve only been there once but I think it was called DeLarge Rock Bar.

At any rate, we enter the place and it was my first time there.

It was relatively crowded for the space that it had.

And there was some band that ended up playing there later that night.

While initially we bought ourselves more alcohol and enjoyed the venue for what it was.

During our time, some dude came up and started talking to me.

He asked out of the blue “where am I from?” in English but with some difficulty.

I responded in Spanish and the guy was friendly overall – eventually even bought me a beer.

He was surprised to see an American in this bar.

Not too many foreigners I guess at this place.

And he ended up introducing Armando and I to a group of friends that were there.

Some mixed group of a few dudes and a few chicks.

One of them being a chick named Magda.

A hot white Colombian chick with big tits that were obvious in a smalls shirt and some tight pants.

She had some black jacket as well and her hair was black and long.

Immediately there was a connection between us as we all hanged out together at this place in this group.

She was asking me a lot of questions and greatly interested in my story.

How I got to Colombia..

What am I doing here….

And became very physical – hand on my legs near my knees, touching my shoulder, etc..

All around, it became very obvious that she would be easy to sleep with later.

At any rate, the live band that was set to play started.

They were some cover band from my memory – covering mostly rock songs from American or British bands.

And with a few more beers down…

She decided she wanted to go outside for a quick cigarette and invited me to come along.

Though I don’t smoke ever, I had every intention to take this interaction back to my place.

It didn’t take long for things to progress from just chilling outside to making out.

If it wasn’t for the fact that we were in public with people nearby….

She’d probably would have agreed to fuck right there.

Now in the midst of this…

She brought up an idea – why don’t we go to a party she knew about that was happening then apparently at that hour.

Where there’d be some cool people and equally good music.

So we all went soon enough – her, myself, Armando and some of the other dudes in their group.

And the physical chemistry between Magda and I didn’t end yet.

Ultimately the night ended back at my place where I offered to make us a few vodka based drinks.

And “see where things go.”

She agreed but funny enough we never managed to drink anything until after fucking.

But that’s just another night in Colombia….

One out of many that have been unforgettable to me.

And could be unforgettable to you also if you ever decide to take a trip down here….

Or move down here long term like I have.

There’s a lot of fun that could be had.

Plenty of cool dudes to hang out with.

And plenty of hot chicks that are down to fuck.

Now are you ready to meet some hot Colombian chicks?

Colombia is only one flight away.

And what are some key lessons that you can take from this story?

First, rock bars tend to be great in Colombia for meeting chicks that are down to fuck.

At least in my experience.

Even though mingling still isn’t as common in them…

The type of crowd it brings it tends to involve chicks that are down to fuck new people pretty quickly.

And all around, in my experience, they tend to be wilder sexually.

Second, going to more normal bars in Colombia can be a better experience overall when compared to more exclusive places.

Plus you can get off the tourist trail for a bit and check out something most tourists don’t venture out to see.

And finally, one way to meet hotter chicks is through integrating yourself into the local crowd in Colombia.

Which is something I talked more about in this article regarding how to meet hotter chicks in Colombia.

Because as you see, most gringos who travel to Colombia only do so for a small period of time.

Many do not integrate themselves into any local crowd or make too many (if any) local friends.

Which if you do that…

But your exposure to hotter chicks will increase by a lot.

Making it much easier to fuck some of the hotter chicks in Colombia that you wouldn’t be matching with on Tinder.

And in the process, providing you with plenty of cool memories like this one above.

Where you make new friends and fuck hotter Colombian chicks at the same time.

While venturing out and exploring new spots in Colombia that most foreigners don’t ever get around to seeing.

And what more could you want?

Of course, to really integrate yourself into Colombian society…

You need to spend more time here than just a week obviously.

Hell, even taking multiple short trips can help a lot if you can’t afford yet to live down here long term.

Which, if you are interested in learning better how to support yourself while down here…

Check out this article I wrote on the cost of living in Colombia.

Or this article I wrote on supporting yourself while down here.

Or send me an email or write a comment below if you have any questions.

But you can also do that if you have any experiences of your own down here meeting hot chicks.

And if you do, don’t hesitate to write!

And if you want to read another story with some lessons, check out Story 27 here.

At any rate, thanks for reading and take care