Some Basic Tips to Get Laid with Colombian Women 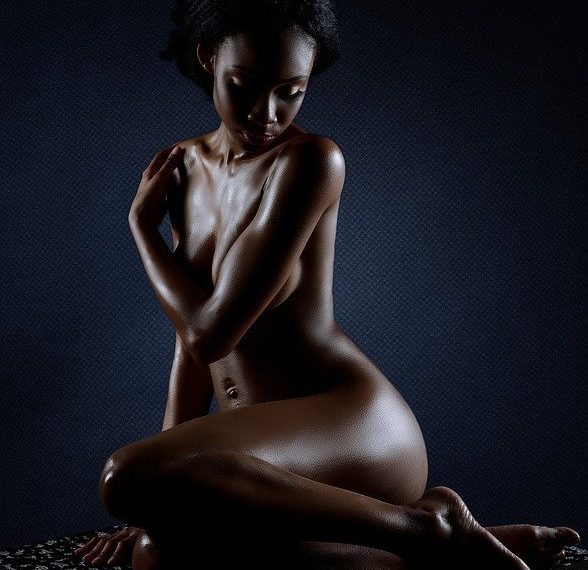 So let’s imagine a scenario many dudes are in right now….

They are sitting at home working a shitty job that they hate….

Not making much money compared to their cost of living….

And don’t have too many friends in real life…

All around – their life is complete shit.

Out of shape. No money. No social life. Bad job. Lack of confidence.

And what do they do?

They think that going to some foreign country like Colombia is going to make their life instantly better.

Because once they show up – all the hottest Colombian women are going to be waiting for them at the airport.

On their knees, butt ass naked, just begging for that gringo cock.

All because of that fact that he got a foreign passport.

And they start fighting each other over who gets to suck his dick first as he waves his American passport over their heads….

But what actually happens when this foreigner shows up?

Instead of having an army of hot Colombian women waiting to fuck him the instant he steps outside of the airport.

He actually goes into a taxi….

Gets overcharged maybe for the taxi ride to his hotel.

And perhaps goes on some dates here and there with some chicks he met online.

Now if he happens to actually get laid, the chick in question might not be the hottest chick available.

She might not even be suitable for being a good girlfriend.

Like maybe she was before he even showed up – you know, asking for money through Western Union.

And maybe he met her on Tinder or wherever else.

Suffice to say, this chick is not the highest quality woman physically or in terms of personality that a man can find in Colombia.

And what happens if he goes on a date or two during one of his days in Colombia and doesn’t get laid?

Where he can jerk off to watching Colombian chicks getting fucked anyway.

That’s the same as actually getting to fuck them, right?

But maybe you are starting to catch a commonality here…

Instead of actually meeting women in real life…

And putting himself out there…

This guy in question is only choosing to meet women through online dating tools or jerking off to naked chicks when he doesn’t have sex on a particular day.

Now do you want Tinder and Mark Zuckenberg controlling your sex life?

Basically the only path to sexual satisfaction is through the assistance of the internet.

And that’s a major problem so many guys are facing right now.

Now, obviously, the better quality chicks only come around if you improve yourself.

Living in a high cost of living area with low salary.

All of that you have to learn how to improve yourself.

Which ultimately will improve your chances with women.

Now, I won’t go too much into detail on that since I have talked about self-improvement so much on other articles like this one here.

But if you truly want to improve yourself…

One great way to do that would be to learn how to be self-employed online and move to Colombia.

Where your cost of living is much lower and you can save money easier.

Where you are self-employed with no boss.

And with more free time on your hands to work out and go on dates with hot Colombian chicks.

And if you want more insight on how to get started, just email me in my contact section.

Where I can give you free info on any question you might have (assuming I know the answer).

But that’s the first simple tip – which is to learn how to be self-employed online and get down to Colombia.

But outside of that…

One other simple tip is pretty well related to a sentence above that I wrote before getting into the first tip.

“Basically the only path to sexual satisfaction is through the assistance of the internet.”

Now, don’t get me wrong…

You can meet hot and nice Colombian women online to date.

Especially on websites like Colombian Cupid where you can create a free account here to get started.

Then you are not enjoying all the possible women that are out there.

That you could so much more easily meet

While you should definitely use online dating as a side tool to get laid with Colombian women.

You should focus more on meeting women in real life while you are here.

Simply because they will be higher quality all around.

More physically attractive and better to date as well.

And the fact is that too many men these days are lazy and chicken shit to go out there and meet women in public.

To see a woman you like and approach her.

Strike up a conversation and try to get her number.

That there’s so much hot pussy out there in Colombia and in every country that most men are not taking shots at to fuck.

So while those dudes..

Like the hypothetical guy in the start of this article…

Which represents most men in the real world in my opinion…

There are other dudes out there that have the balls to approach and get all that pussy.

In Colombia and elsewhere.

And let me ask you..

Which would you rather me…

Or the dude who is taking more shots and banging chicks who are 7’s let’s say.

Granted, I’m not going to bullshit you – they all won’t be 7’s or higher.

While others will also be 6’s as well.

And also your efforts to improve yourself in all the ways I mentioned above in the first tip.

Because obviously if you don’t have your shit together…

And if you are ugly as shit and very fat – then yeah the physical quality of the Colombian women you bang will suffer.

Despite meeting them offline.

So even though I started this article with the intention of just writing about the importance of meeting women offline.

I can’t honestly recommend you do that without incorporating the first tip so that you actually see the benefits of your effort.

So what should you do basically if you want to date hotter chicks in Colombia for your trip?

Finally, I just want to say one more thing here….

Which is that by doing all of the said above…

Your life will become better beyond just banging new chicks in Colombia or wherever.

Your finances, confidence, sex life, weight, social life and more can all improve.

And it is so much easier I found when living abroad and being self-employed.

All because of the extra free time you will have to yourself and better ability to dictate your own life.

Without being worried about money…

Or a bad boss or crap colleagues….

Or a commute to deal with…

And more time to make friends for example…

And go to parties you normally wouldn’t be invited to…

While also, of course, enjoying some of the sexiest women that Colombia has to offer.

And it’s not going to be easy to do all of that and be self-employed while living abroad.

It will take effort.

It took me a few years to really get my shit together financially and be able to pull it off with no money problems.

But it was worth every second.

So if you are serious about going down a similar path, then get started.

And ask me any questions if you want below in the comment section or by email.

While if you have any comments also or insight of your own, let me know.

Thanks and have a good day.

And also thanks for reading.