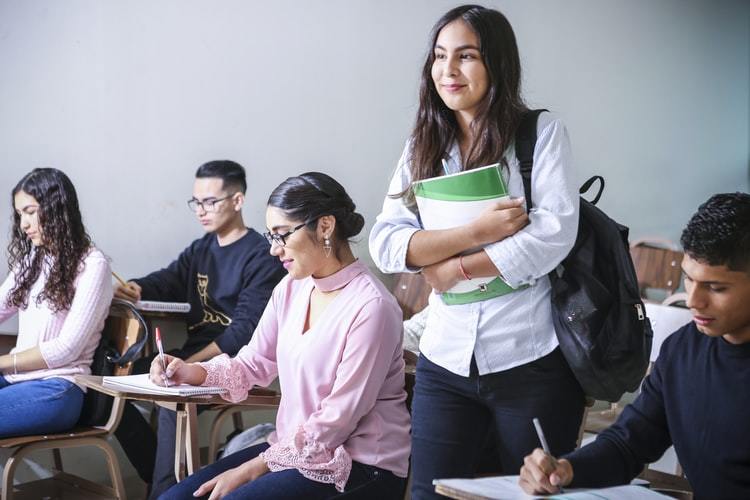 Some years ago, I had been living in Cali.

But as mentioned in this article, Cali isn’t the safest city in Colombia or the world and there is a lot more crime there.

And over time, it got tiring of living in a city that was very dangerous and in which I had experienced more shady situations.

Or known others that have experienced that.

Now granted, Cali is a little bit better these days from what I have heard as it has been improving apparently over the years.

But at any rate, I wanted to take a break from Cali.

And visit another part of Colombia.

In this case, I traveled for the first time to a city called Neiva.

As a single bachelor looking for fun in a new strange city.

On my first day there, I head out of my hotel that I was at and walked into a café that I basically stumbled upon after walking around to get a feel for the city.

And a feel for the neighborhood around where I was staying.

Upon walking in, this cute Colombian girl was working there and took my order.

And it became apparent that she was into me – just based on how she was looking at me and her vibe when we got talking.

But I take the receipt and go back to a chair to sit down by myself.

Though I had the feeling in myself to maybe get her number.

After all, it was apparent to me that the option was probably there.

So when she called me over to pick up the coffee, I opened up to her and got talking while I picked up my coffee.

Played with the water for a bit to see how open she was to flirting and she was.

Ultimately, asked for her number and she wrote it down on a piece of paper.

And finally, she became someone I got to know very well during my time in Neiva.

She was a cute and sweet girl.

Different from a lot of the casual chicks in Cali or Medellin that sleep around and are not the type of chicks you would trust with anything.

Great for a fun night of sex? Absolutely.

But not so much for relationships or anything serious.

And after being with plenty of more casual chicks, finding one that is more sweet is a very enjoyable experience.

Great to see the contrast between the more sweet and the more casual chicks.

They are overall more enjoyable to be around.

And ultimately, she proved to be a very sweet, traditional girl to date while I was in Neiva.

Thankfully, this city has plenty of chicks like this.

With 350,000 people living here, Neiva is the capital of the Colombian department of Huila in south central Colombia.

As tourism increases to Colombia, I will bet this city gets more attention and becomes a lot more popular. In large part because of its culture, cultural and touristic attractions, nearby mountains, easy living for expats and…

Also because of the beautiful chicas you can find in this city. 😉

Though despite all of those nice attractions, one negative to this city is its climate where it is usually a bit hot throughout the year.

Regardless, this is a city that is growing and has plenty to offer.

And one that perhaps you should check out also if you get the chance.

This is a very calm and quiet little Colombian town.

I never noticed any shady or sketchy areas. The place felt very safe overall and definitely felt like one of the safer places I had been to in Colombia.

So make sure to apply common sense and usual caution like anywhere else but don’t worry about this place being dangerous. It’s very nice.

To do well with the Colombian women here and to enjoy life in Neiva, you will need to learn Spanish.

Now you won’t need to be perfect at it. I found people here to be very glad and appreciative of the fact I learned Spanish.

Fact is Colombians don’t expect it and will really be happy to see you put in the effort to learn their language.

So simply trying and getting your Spanish to a conversational level will go a long way for you.

Learn it then and you will enjoy a nicer time here with more beautiful Colombian women that you can speak with.

According to statistics I found online, about 98.9% of the population is white or mestizo (mixed between white and indigenous).

While in Neiva, I noticed many of the women I came across were either white or light to medium brown skin. That’s mostly what you get in Neiva. Not much of a black population either relative to places like Cali.

Overall, the women here are quite attractive. You won’t be too disappointed.

Granted, the women here don’t have the really nice bodies on average when compared to the women you see in places like Cali, Medellin, Pereira, etc.

Plastic surgery is also a lot less common here. Never met a woman here with it. So that can be a positive or negative depending on your tastes.

And with dress code, most women here don’t show a lot of skin for the most part. But they do dress nicely and very feminine.

So in short, you can find plenty of very attractive women here with decent bodies for the most part

Out of all of these bars and venues, the places I enjoyed the most were Neiva York and Beer Place Sport Bar.

If you want to meet women in public in Neiva, then I recommend usually parks or shopping malls. Universities are good too but this list focuses more on parks and shopping malls. So check out the following places:

Out of all of these areas, the best ones I found were Parque Central Santander, Santa Lucia Plaza, Unicentro, Centro Comercial San Pedro Plaza and the Metropolitano Centro Comercial.

Also, one area not mentioned here that deserves its own mention is the Parque de la Musica. It’s a place where live events are held from time to time. Definitely worth a visit to enjoy the live performances and maybe veen meet a chick or two.

Online game isn’t really that strong here given how much smaller this city is. For that reason, Tinder didn’t prove to be very helpful.

I did meet some cute women though on Colombian Cupid. So you do have some options here despite how small this city is.

So check it out here.

In my experience, it was much more helpful than Tinder when dating down here.

Similar to the Colombian city of Sincelejo, there’s not too restaurants here that are nice to visit but Neiva has a few I liked or heard were good.

When it comes to steak, there’s two restaurants that I liked enough to recommend: Marmoreo Cultura Hecha Carne and Magra Restaurante.

Both of them were decent. I liked the first one mentioned more but both are good.

For Italian food, it was harder to find a good place here. One that is OK is called Terrazza Italiana. For pizza, I’d recommend Peperoni’s Pizza and La Nonna Pizza y Pasta.

But the best place for pizza I found here was Prego Pizzeria. I liked it the most.

For seafood, I don’t have any experience with this one since I don’t like to eat seafood. However, I have a few folks I know in Neiva that I met when I was there. Asking them for advice, they recommended 14/54 Bistro Restaurante and Cevicheria y Restaurante Cartagena.

For hotels, there were a few places I tried and I also asked some of the folks I know there for another recommendation.

In my experience, I’ve been to both Hotel Neiva Plaza, GHL Style Hotel Neiva and Hotel Metropolitano. The last one is cheaper at about 25 bucks more or less and is a good cheap option.

However, I prefer GHL Style Hotel Neiva. Out of all three options, it had the best room and bathroom, great layout in the hotel, good food and service.

One advantage to the other hotel, Hotel Neiva Plaza, is that it also has a very nice pool. Plus a good bedroom but not as nice as what you get in GHL Style Hotel Neiva.

Both of them cost more or less around 50 to 60 bucks per night.

All three options are good but I’d recommend spending a little more money if you can. It’s a pretty good value to what you get.

Also, one place I have not been to but was recommended to by someone I know in Neiva is a place called Hotel Chicala. Supposedly it’s nice and has a good pool also. So check it out also if you want.

Similar to Sincelejo, this is a small little city that is best suited for folks that want to not live in the bigger cities like Bogota or Medellin.

With a little over 350,000 people living here, you can definitely meet plenty of nice welcoming people and cute girls to date also.

But without living in a bigger city where things are more chaotic and noisy.

On top of that, there’s plenty to see close to the city with some nice mountains and some nice nature to enjoy also.

With some cool architecture also in Neiva itself also.

Now if you want to enjoy all of that – on top of the cute women and some of the nightlife here – then come visit anytime.

And if you do stay, there’s plenty of traditional and faithful women to meet here also.

Perhaps one to settle down with and enjoy a night life in a nice and quiet little city like Neiva.

Maybe like the cute Colombian girl I met in the story above near the top of the article. 😉

At any rate, if you have any insight or questions of your own, please let me know in the comment section or send me an email.