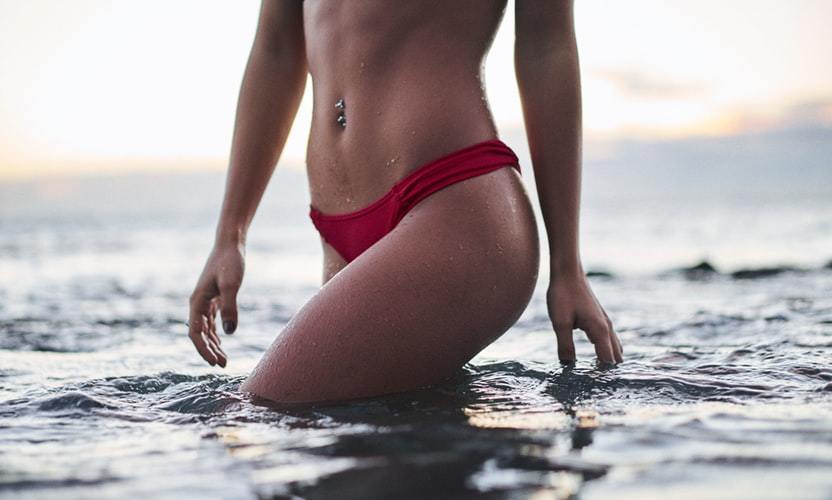 Many years ago back around 2008, I was young and crazy in a way.

When we are that young anyway..

And so I decided to take a long bus journey in Colombia.

Now granted, not long like something crazy such as Riohacha to Pasto for example.

Even back then, I wasn’t that crazy.

But I wanted to explore another part of Colombia that I had never been to before.

So I asked a girl I was dating at the time where I should go.

After all, she is Colombian. She would know better than I would about which parts of Colombia I should visit.

And she said I should visit a city called Monteria.

So I got on a bus and headed over there from Barranquilla.

Many, many hours later…

And I loved it.

In a way, it was a bit like Barranquilla in that it was quite hot and not the best looking city to the eye.

But the culture was lovely and the people were very warm and friendly all around.

Enough so it made me want to go back.

Several times in fact and each time better than the last.

Where anytime I have gone back, I have always been pleasantly satisfied by the pretty Colombian women in this city.

Because when I first went to Monteria – I have to be honest, I wasn’t entirely impressed by the women.

Maybe the fact I was dating someone was making me ignore the beauty of the women somehow.

But over time with several more visits, I have come to better appreciate the beauty of the Colombian women in Monteria.

Where any day of the week you will see beautiful Colombian women walking outside with great natural bodies and dressed very well.

Nice smiles and warm personalities that I encountered when I approached women here.

And ultimately this whole experience gave me an overall very pleasant impression of Monteria over the years.

Something that you too will also experience if you go off the tourist path in places like Medellin and experience a new Colombian city like Monteria.

A place that has very limited tourism (almost none) and where your exotic value as a foreigner to the women here will be even higher.

And where you also will have plenty of satisfying moments meeting and dating the women in this city.

Being the capital city of the Colombian department of Córdoba, Monteria is an interesting Colombian city with a unique mixing of different cultures.

In a way, Monteria is a classic example of what you typically find among Colombian people – lots of diversity.

Where you will find people of European, indigenous, African and even Arab ancestry.

On top of that, you may also know that some Colombian cities tend to dominate certain types of music culturally speaking.

For example, Cali has a lot of salsa music and Valledupar has plenty of vallenato music.

In Monteria, porro folklore music is a type of Colombian musical style and dance that is quite popular here.

So overall in this city of over 466,000 people, you will find plenty of interesting culture here.

In a way, it’s a city that is a bit underrated given how interesting life can be here and how beautiful some of the women can be.

But guaranteed, this city will attract more attention in the future by tourists as word gets out and more tourists visit other parts of Colombia outside the usual main cities of Bogota, Medellin or Cartagena.

So be one of them and check it out now! You won’t be disappointed.

This isn’t the worst Colombian city when it comes to safety but it’s not the best.

There were definitely a few areas that felt very shady that I wouldn’t stumble into again.

But nothing bad happened to me and it wasn’t the worst city I have found in this country.

So use common sense and caution and you will be find most likely.

And when you show up to your hotel here, even ask them or whatever contact you have for more updated information on which streets to avoid.

But for the most part, if you stick to the more popular areas of the city (discussed below), then you will most likely be fine.

You are definitely going to need Spanish if you date women here or live here.

In my experience, I only came across a few folks who spoke English.

And they were either the person who was at the desk of the first hotel I stayed at or some of the younger Colombian women.

Younger being around 19 to very early 20s.

Which, by the way, is one thing you will notice about Colombian women and people in general.

You will notice better English levels generally speaking among the younger Colombian generation.

Though most of them don’t have practical experience speaking English and only learned it in school. So expect more broken English among more of them..

And better to near perfect English among the ones who went to private school and/or spent time on vacation to the States like places like Miami.

But most Colombian women in Monteria will not speak a lick of it anyway.

And just very few of them in the younger crowd will actually speak it well enough depending on their socioeconomic status.

So if your Spanish is bad or non-existent, you will have better odds with the younger crowd.

But otherwise, you will need to learn Spanish to a conversational level to speak to 98% of the Colombian female population here and date them.

And if that interests you, check out this article here that I wrote on learning Spanish.

As mentioned before, there is quite a bit of diversity in this city. Regardless of what you are looking for, you probably won’t be disappointed.

Given that the city has a strong mix of white, black, indigenous and Arab people that have all moved to this city over its history.

In my experience, I found the women in Monteria to be a little bit similar to maybe either Santa Marta or Barranquilla when it comes to attractiveness.

In that you will find plenty of sexy women here for sure but not the sexiest in the country.

But also given the diversity here, just about any man can be happy.

On top of that, it should also be said that plastic surgery doesn’t seem common here. I never noticed it among the women like in places like Medellin for example.

And the women here tend to have pretty cute faces also with decently built bodies. Not much obesity either.

So in short, you won’t be disappointed. Plenty of sexy women for every man out there.

One cool thing about Monteria is that there are actually a few cool bars in this city that I enjoyed going to when I was here.

You should check out any of the following areas if you happen to ever visit Monteria. You might be able to find a chick to hookup with if you know how to handle Colombian nightlife.

Or more likely have a good night with a chick you already know at one of these venues:

Out of all of these places, the ones I liked the most were BC Bodega, Kraken Bar, the Paradise Discoteca and Ribs & Beer Gastropub.

Like anywhere in Colombia, daygame is going to be a fundamental part of meeting and dating Colombian women.

Especially in a city like Monteria that is smaller than quite a few cities here and where online game isn’t as strong here.

So if you want to meet cute Colombian chicks in Monteria, go to these areas (mostly shopping malls or parks):

In short, online game just isn’t that popular here. You won’t find as many women here given the smaller size of the city.

And also the fact that the women here tend to be a little more conservative than normal.

Regardless, the best online resource I found for finding any decent Colombian woman in Monteria was Colombian Cupid.

For sure, check it out here if you want to use online game to meet pretty Colombian women in Monteria.

And when you arrive, mix your online game with daygame to really maximize your results.

In my experience spending time here, it felt like this city would be better if you were into seafood. I’m not really a fan of seafood myself…

But I made some friends here that said the city has good seafood.

Now if you want more Mediterranean food, this city also has a few good options here that I liked. Go to Baalbeck or Al Arab. Between the two, Baalbeck is by far much better and is very nice. However, both options are decent.

Now if you want steak, Brasa Caribe was the best place I had been to for it. They had good food!

Also, Los Portillos Restaurante Bar was good too. They also had a better selection of beer.

And if you want more typical Colombian food, then try El Bocachico Elegante.

Out of all of these restaurants, the best ones were Baalbeck and Brasa Caribe in my experience.

There were two hotels I have stayed at in this city. The first one was Hotel Florida Sinu and the other was Hotel Cinco Monteria.

Now Hotel Florida Sinu was about 60 bucks maybe more or less from what I remember.

And Hotel Cinco Monteria was about 30 or maybe 35 bucks more or less.

In Hotel Florida Sinu, it was a great hotel experience for me. It had very nice rooms, a pool, great customer service and more.

But with Hotel Cinco Monteria, the quality was a bit low. Customer service wasn’t as great and the room I stayed at was more basic and not as clean.

So in this case, it’s more about you get what you pay for. To those reading that plan to visit Monteria, definitely spend a little more money for your hotel.

Go with Hotel Florida Sinu or some other nice hotel. They are cheap anyway compared to American prices and you get plenty for what you pay.

And overall a nicer experience.

In the end, Monteria is a like a more conservative version of Barranquilla in a way.

A vibrant culture with warm and welcoming people with pretty Colombian women that are more conservative sexually in a city that is not the most aesthetically pleasing.

But overall a nice place to visit and one of the hidden gems of Colombia in its own way.

A place that doesn’t get too much touristy attention now but that might likely change in the future as Colombia gets even more visitors..

And more of them decide to go outside the more popular cities.

At any rate, if you have any questions or insight of your own, please let me know in the comment section or send me an email.

Thank you for your time.

I appreciate you sharing this blog post.Thanks Again. Really Great.

Exceptional post however I was wondering if you could write a litte more on this topic? I’d be very grateful if you could elaborate a little bit more. Many thanks!

sure, just send me an email and i will try to respond to any questions you got.