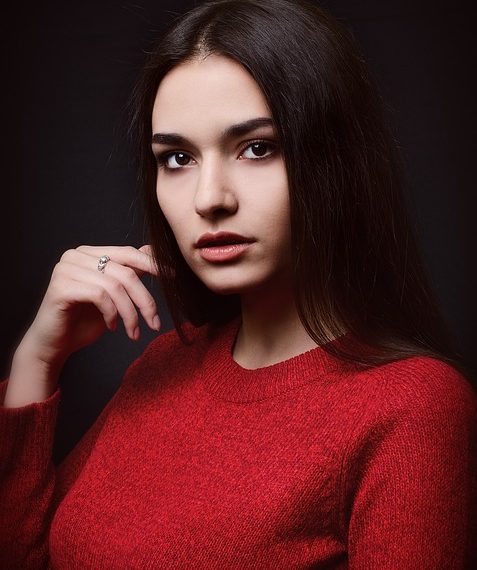 Years ago, I was living in a Colombian city called Pereira.

It’s a cute little city in the Colombian Coffee Triangle.

One day, I decided to take a break from Pereira and spend a few months elsewhere in a city not too far away.

A place called Ibagué – another city in the Colombian Coffee Triangle.

Because I wanted to get a better understanding of Colombian cities that are not getting any tourist attraction.

Places that few foreigners ever really go to.

Now Pereira back then was much less touristy but that is changing as word is getting out about how amazing Pereira is.

And more foreigners and expats are showing up there.

Very few people show up there from what I understand.

And in my time there, I never saw a single foreigner.

While among all the times I returned, I only rarely came across someone who wasn’t Colombian spending time there.

Which, to be fair, is surprising.

Given how nice the city is.

Because similar to Pereira, it also has very beautiful women.

Now not as beautiful as the ones you will find in Pereira but you definitely will not be disappointed with the chicas living in Ibagué.

On top of that – the city was nicely designed, beautiful nature nearby and overall was a very welcoming place.

So why isn’t this place more popular?

Well, because tourism in Colombia only really started to get more popular a little over a decade ago.

The tourists started with places like Medellin, Bogota, Cartagena….

Now they are moving in more and more to places like Cali, Pereira, Bucaramanga….

But I guarantee you that Ibagué will gain more popularity soon as tourism increases.

And the foreigners spread out to other cities not yet popularly written about.

Which is a great option for long term living…

And also a nice city to be in if you want to enjoy some very sexy Colombian women.

So let’s get into that…

Which, for Latin America, is a relatively small city. When you spend time here, you will feel that it is quite small and easy to get around.

When it comes to climate, the city overall tends to remain warm or sometimes get hot. Not as hot as Barranquilla however…

But more like a comfortable warm than anything else. Never too cold in my experience.

Furthermore, the city has quite an exciting culture as it also due to its festivals and musical performances that you can occasionally find here.

Beyond all of that, keep in mind that this city is also located in the Colombian Andean region. So you will find plenty of nearby mountains and some volcanoes for you to enjoy also.

When I was in Ibagué, I never noticed any issues with crime.

Walking around the city, I felt safe all around without any issue.

Though to be fair, anything can happen anywhere but I never noticed anything out of the ordinary.

The only slightly shady thing I encountered was that I noticed a few folks from Venezuela supposedly in the area the last time I was there begging for money in the street and being a bit aggressive.

And while most of them are fine, a few of them are a bit aggressive in asking for money and a tiny bit intimidating.

I noticed this too last time I was there when I did a short visit after my longer stay there.

But outside of that, it’s not bad. For the most part, I never felt unsafe.

Suffice to say, you will need to learn Spanish to do well here with the women.

From what I have seen, very few people here speak English if any.

I do remember one guy I met working at a café I went that spoke a little bit of English.

But outside of that – nobody.

So if you want to meet the sexy women here, learn Spanish.

Check out this article here that I wrote about how to learn Spanish for your trip to Colombia.

Compared to other parts of Colombia like Cali, I noticed that Ibagué had a whiter population.

You will see the girls here are much whiter normally speaking with plenty of mixed race (mestizas) here also.

But that’s mostly it – plenty of white and brown Latinas here for the most part. Not too many black chicks.

In my experience, I noticed the chicks here to have a similar attractiveness to what you would get in Pereira.

There wasn’t too much of a difference but I would say that there are more attractive chicks in Pereira or Manizales than Ibagué.

But you will not be disappointed here.

The only complaint I had was that the chicks here don’t have asses as impressive as what you would see in a place like Medellin or Cali for example.

So if you like more natural bodies, then this place will definitely satisfy you.

And if you want to meet some sexy Colombian women in general, then you can’t go wrong with Ibagué.

During my time in Ibagué, the following nightlife venues were the best to visit in my experience. Enjoy!

Out of all of these areas, my favorite places were London House, Estancomodos Bar, Tereque Bar and Sky Rooftop.

Like anywhere else in Colombia, you are going to want to go through a lot of the parks and shopping malls when looking to meet women in public.

Here are some of the top public places I recommend for meeting Colombian chicks in Ibagué:

This isn’t the most ideal city for online game but you got some options.

Out of all the online tools available, I found Tinder to be the most reliable here.

So if you are heading to this city, make sure to get Tinder Plus to get some matches before you show up so you can hit the ground running.

I didn’t find any other online tool to be as useful for this city due to the limited amount of women that I could find.

So Tinder is the way to go here for Ibagué.

One of my favorite restaurants that I was at when I visited this place was a restaurant called Augurio. It’s a Mexican restaurant that had pretty good tacos in my experience.

Furthermore, if you need a good pizza place, then I’d recommend Tutto Gelato. It by far was one of the better pizza and Italian restaurants that I had been to in Ibagué.

Outside of restaurants, this city also has a few nice cafes. One of the best ones I visited was called Barzal Café. It’s a great place to visit if you want a nice breakfast especiallly.

Finally, I recommend La Comarca if you want a chill restaurant that has more local Colombian food. I’m not a big fan of Colombian food to be honest but I found the food here to be of decent quality overall. If you do go here, I recommend the “sancocho de gallina.” It was very tasty and was often what I ordered when I showed up here.

When I was in Ibagué, I first stayed at an hotel called Sonesta Hotel Ibagué.

After that, I have also been to Hotel Estelar Altamira and Hotel Center.

Out of those three, Hotel Center was the cheapest from what I remember. I think I paid 15 or maybe 20 bucks per night.

And the other two hotels were roughly around 60 to 70 bucks also per night.

Now all of them were a good experience and I didn’t have much to say negatively about any of them.

But I liked Sonesta Hotel Ibagué the most. It had a great pool and wonderful view of the city and nearby mountains also.

Plus customer service was better and I think it was a little bit cheaper than Hotel Estelar Altamira.

However, you can’t go wrong with any of these hotels. If you have the extra money to spend, I’d go with the first two mentioned here.

If you are ready to enjoy Ibagué, then head on over!

You will be one of the few foreigners enjoying what is truly a hidden gem of Colombia as this place hasn’t gotten any significant attention yet.

Enjoy the amazing women, culture and scenery of this place.

And let me know what insight you have or any questions in the comment section below or send me an email.

Thanks for reading and take care.