Does Getting a Colombian Girl’s Number Mean Anything? 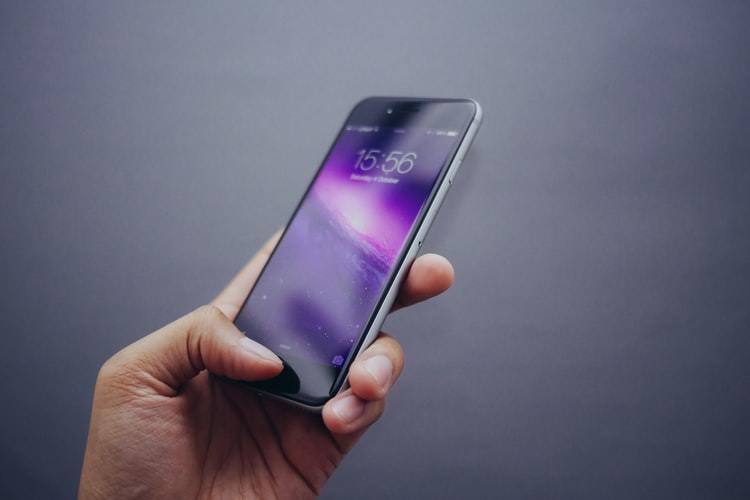 Years ago, I arrived to Bogota to begin living here and have enjoyed it ever since.

One day, I decided to go to a local café that was close to my apartment at the time and spotted a cute Colombian chick walking up towards my direction.

She was wearing normal jeans in a warm red jacket given how windy and cold it was outside.

Right as she was closer to me, I opened up to her and asked her a more indirect question about the location of the café I was going.

And then taking the conversation along into introducing myself, flirting a tiny bit and asking for her number.

Without any hesitation, she gave it to me and was overall quite friendly.

After getting the number, she wanted to continue the conversation a little bit more and asked more general questions about myself.

In the end, she seemed very sweet, interested in me and even a bit flirtatious as well.

Definitely a possible chick to meet up with later and maybe even have a great night together.

However, despite getting her number, it didn’t end up like that.

We stayed in touch easy enough over the phone and I tried to set up a date with her afterwards.

However, she was simply too busy in her words being a med student and not having much free time to meet up.

But eventually she did manage to find some time but the date didn’t go through.

Unfortunately, she canceled the last minute as she said that she needed more time to study for some exam that she had coming up.

As things naturally going, we lost interest in each other and simply stopped communicating.

She went on with her life focusing on her career and maybe meeting other guys more in her social circle or spending time with her friends.

And I continued in my life working on various projects, meeting friends and going on dates with other chicks that were more available.

So despite having gotten her number, it didn’t really mean much in the end of the day.

It didn’t translate into even having a date – yet alone maybe having a fun night together or anything like that.

And occasionally this is something that gets asked by men thinking of dating in Colombia.

Does getting her phone number mean anything in Colombia?

In other words, does getting her number mean a strong chance of getting a date and possibly even getting laid with chicks down here in Colombia?

Well, there are different points to bring up when discussing this question because it depends.

Obviously, it’s a positive if you get a chick’s number because it means you are closer to getting something romantically or sexually.

But it’s no guarantee obviously that anything will happen.

That’s the basic (and obvious) summary of what you should know when getting numbers down here.

Because in short, Colombian women are not dramatically different from women elsewhere.

But there are certain facts about women and dating in general that are true basically regardless of the country you are in.

Like, for example, that a woman giving you her number obviously can be a good opportunity for you.

But the real world is messy and anything can happen that limits you two from actually turning that exchange of contact information into an actual date and possibly sex.

So let’s look at real quickly some of the more specific points that you need to take away about getting a chick’s phone number in Colombia.

First, it needs to be mentioned that not every part of Colombia is ideal for asking for numbers from women in public. Now you can do it in most cities but some places are better than others.

For example, you will find women in Cali are harder to ask numbers for in public than women in Bogota or Medellin. One reason for this is that Cali is much more dangerous and so women are more on their guard in that city.

Same could be said anywhere. If a place is more dangerous, obviously asking for numbers from women in public will be harder. The safer, the easier.

And of course, the less touristy a place is, the easier it will be usually in my experience since you have more exotic value in general.

Second, make sure to download Whatsapp into your phone when you do. As said elsewhere on this website, Whatsapp is commonly used everywhere in Colombia among most of the women here. It’s a messaging app that you can use for free for texting and calls. If you are going to be collecting numbers, most women here will prefer communication by Whatsapp. Much easier for everyone.

Third, keep in mind that flakiness is more common in Colombia than in other Latin American countries in my experience. So just because you got her number doesn’t mean getting a date will be easy. You can read more about my experience with flakiness in Colombia in this article I wrote here to understand it better.

Fourth, it needs to be remembered that a chick flaking or forgetting about a date is not necessarily a lack of interest in you. She might have some interest but is not overly invested in you yet because she doesn’t know you well and simply finds you a little bit interesting to maybe meet later.

But it is so common for dates, parties and general group arrangements to be forgotten about in the last second in Colombia. I have seen friends organize parties down here and then everybody forgetting about the arrangement until somebody brings it up on Whatsapp and the idea to get together is thrown out the window.

Why does that happen? Because Colombians don’t take time very seriously. With anything. So if an arrangement to get together is ever made for any occasion, it’s more like a possibility that it will happen. Not a guarantee.

Because to a Colombian – getting together for a date or with friends or whatever the occasion can happen at any time. If it doesn’t happen this one time, it can happen later. No rush. No hurry. Can easily forget about it and maybe work out the details last second if ever.

So when setting up a date with a Colombian chick after getting her number, make sure to keep in touch with her. Obviously don’t be bringing up the date often because you don’t want to come across as desperate to meet up. But make sure you stay in her mind by talking more over Whatsapp after plans have been arranged and follow up with her on the date idea the night before or day of the date.

Granted, you could ask if it is still going on and it will be fine most likely. I have done that before when I was much younger. But I have learned over the years that the first method to following up that I mentioned by providing details of the date works better.

Now contrast all of that to American chicks where you don’t really need to maintain a conversation with her until the day of the date. In my experience, American chicks take time more seriously and are much less likely to forget the date was set.

That is simply a difference you are going to notice when getting numbers down here in Colombia and trying to arrange dates with some chicks.

Fifth, do not leave your apartment before you got confirmation from her that she is on her way to see you at where you two will have the date.

If the date is located at most over 15 minutes away from where you are, then you can leave when she has confirmed that she has left her place. Though you will still most likely show up before she does.

If the date is under 15 minutes by walking distance from where you are, then only leave when she has arrived. It is OK if you make her wait just a tiny bit and you won’t be wasting time.

Sixth, don’t expect most of the numbers to lead to dates. In my experience, I will only actually meet maybe 1 to 4 chicks out of 10 that I get a number from if I have a lot of chicks in my phone.

This is in large part due to various reasons. First, a chick might not simply be into you at all or that much. Second, when dealing with a lot of chicks at once, you can’t meet all of them. Some you prioritize over others. When dealing with enough chicks, some of them you simply never get around to meeting and enough time goes by where you two simply forget each other.

Seventh, I have noticed that generally speaking a chick will lose interest in me if I don’t set up a date quickly enough after getting her number.

Similar to the chick mentioned in the story above – too much time went by and things went dead.

Now there are ways to revive a dead number in my experience but that is a topic for another day.

Just keep in mind that simply put not moving quickly enough for the first date will make it more likely she forgets about you and some other guy or guys get her attention better than you do.

In my experience, two weeks is usually when things start to get much colder between us and she is more likely to lose a lot of her interest.

Again, you can revive a dead number but I’m saying that you should try to meet up at most 2 weeks after you get the number.

Ideally at most one week though since you will be fresh in her mind after having met her in person not too long ago.

And if you aim for a date along that timeline more or less, you will be more likely to actually turn that number into a date.

Eighth, when speaking of time, do not set the date itself to be more than a week at most later. Ideally it will be just a few days ahead though from when you set plans with her. You can guess why based on what was said before about chicks not taking time seriously and forgetting plans made with anybody – including friends for parties. So ideally set a date within just a few days later but no later than a week with Colombian chicks.

Now those are just some of the main points you should take away from this.

Getting a chicks number and trying to set up a date in Colombia is not drastically different from how it is done elsewhere in other countries but there are some slight cultural or logistical differences.

And much more could be said on this topic to be fair.

So if you have any questions or insight of your own, let me know by email or write a comment below. I look forward to any comments you guys can bring to the table.

Thanks for reading and for your time