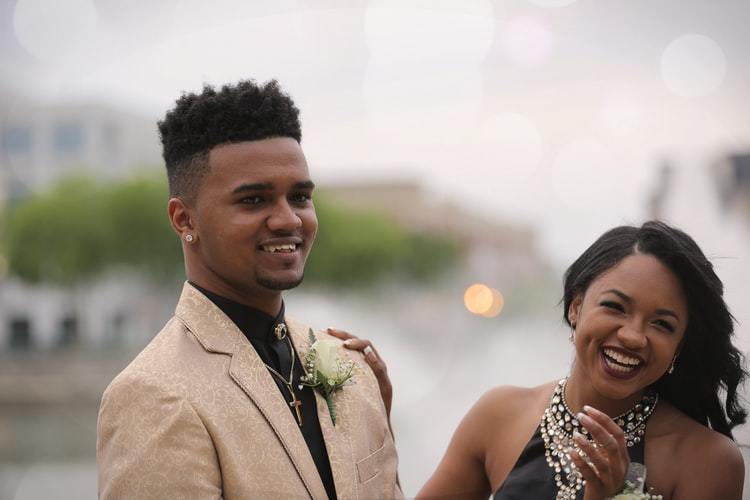 A few weeks ago, I was watching some Youtube videos on dating in the US.

Given that I hadn’t been active in the dating scene up there in quite some time, sometimes I get interested to see how things are up there.

Anyway, this guy who puts out more “red pill” content was saying that a typical date for him in NYC costs about $40 USD a date.

With costs covering drinks and transportation, I guess.

When I heard that price, I thought to myself “damn, that’s expensive.”

You all millionaires up there or do people not date much?

Because if my typical date were to cost $40 bucks each, I’d be choosing between rent or pussy, I guess.

But fortunately that is not the case down here.

Even if I tried to spend $40 bucks for a date down here in Colombia, I feel like I’d have to try to get that done.

Take her to a nice restaurant? Would set me back $25 bucks for both of us if we included a nice appetizer also.

And to get that extra $15 bucks, I guess we’re going to have to add a lot of drinks to that meal.

But that’s just a waste of money.

When I first started dating well over a decade ago, I was too poor to be throwing down $40 bucks per date.

So that’s never how I operated simply because it wasn’t possible.

Therefore, I did my own thing and learned how to get laid on a date without having to spend a lot of money.

And over time, I’ve come across dudes saying that you have to spend money on a date to get anywhere but that has never been my experience.

Because if a chick needs you to spend money on her to get anywhere, she probably is just digging for gold.

Or just straight up doesn’t have any attraction to you. Or not much anyway.

Because with all the chicks I have had sex with, not one of them has ever begged me to put a fistful of Benjamins in her pussy while spreading her legs.

Simply put, if a chick is attracted to you, she wants you and for you to give it to her well.

Not throw money at her or spend a lot on her on a date necessarily. That just isn’t necessary if she finds you sexually attractive and likes your personality.

And among all the dates I have had in Colombia or anywhere in the world, I’ve rarely had issue having sex on the date while not spending any real money.

So while some chicks will insist that you take her to a fancy place, most won’t. That’s rare in my experience.

And if you want more info on how to lead a date to casual sex, read this article I wrote here.

I guess the question must be asked then.

If I don’t try wining and dining girls in Colombia or anywhere, then how expensive is a date in Colombia?

Let’s break that down…

Where to Have the Dates

So as I wrote in this article here, I never take chicks to dinner or any meal before sex.

If we haven’t had sex yet, I’m not paying for a meal for her.

There are various reasons why I do that.

So by not taking them to a meal date, they simply lose interest and go away.

Third, meal dates are not very sexy. You get full after eating a meal and maybe even feel like going to the bathroom.

Maybe she does to.

Feeling full and like you have to take a shit is not really the most sexy feeling before having sex for you or her.

Also, by not spending much money or taking her to a meal date either, chicks are less likely to put you into the “provider box.”

Where they might see your usefulness in their life as basically just spending money on them.

When a man gets put in a box like that, he usually is not having sex with that chick. Though it can happen if she is desperate for commitment from somebody and is a bit older but it’s not always like that.

So I prefer to avoid spending money also in part because I don’t want that part of her equation for why she wants to go on dates with me.

And there are other reasons for why you would avoid meal dates but those are some of the basic ones.

So if no dinner, what should you do?

Well, first, you might have some event being held locally in Colombia.

It’s hard to put a number on that because each event can vary in price.

But keep in mind things are cheap in Colombia and most Colombians don’t have as much money as foreigners do.

Sometimes even less than that!

But I usually don’t take chicks to local events if I don’t know them well.

In large part because it doesn’t always help in escalating with her physically and getting to having sex.

So for me personally, I tend to take chicks to a café, bar or park.

That’s usually where the date will begin before going back to my place.

Calculating the Cost of a Date in Colombia with Complex Calculus…

So let’s go with that. A date at either a park, bar or cafe.

But first, the date is probably going to begin at a shopping mall.

In my experience, most Colombian women will prefer to have the date start at a shopping mall since it’s a safe public place with plenty of people and maybe some security nearby.

So for this date, have her show up near you to the closest shopping mall.

When she shows up, walk over to the shopping mall.

Ideally you can show up within 5 to 10 minutes.

Say hello and take her by the hand to where the date will be.

Well, a typical coffee is going to cost maybe a dollar and a half to $2 bucks at most.

And beer at a cheap bar is going to be more or less the same.

So let’s say you spend $2 dollars per beer or coffee and get 4 of them.

Two for her and you.

Therefore, at most, the cost of the date by this point will be $8 bucks.

Could be as little though as $4 bucks if you only get one for each other and that’s it.

Maybe she even suggests to you that you two go back to your place already.

That happens occasionally also if the date is going really well.

But let’s be conservative and say so far it costs $8 bucks.

And keep in mind that if you take her to a park to escalate with her there instead, the cost is basically $0 bucks unless the park has some weird entrance cost.

Which doesn’t happen. So $0 bucks in that circumstance.

Then you need to get her back to your place.

As mentioned before, your place should be within walking distance from wherever the date has been so far.

So no cost there – just 5 minutes of walking.

Then once inside, maybe sex happens or maybe it doesn’t.

If it does, which is quite likely if she goes home with you (though no guarantee), you will probably use a condom unless you are a risk-taker.

I can usually get condoms for about 3 for $3 bucks in some pack of condoms.

So unless you are going to have sex with her multiple times throughout the night, this will set you back $1 USD.

Next, you two have sex.

If so, I will usually pay for her taxi on the way home.

As written about here, Colombian women are known for wanting for you to pay for their taxis.

The cost will depend on where she is going but will probably be around $3 to $5 USD.

Also, going back a second to when this whole date would have started…

It could be the case she could have even asked for a taxi to where the date started – the shopping mall. I don’t mind paying for that if she asks but it’s not common.

It’s more common for her to ask for a taxi if it’s to your place directly but much less common if it’s to a shopping mall.

Granted, if you two didn’t have sex, the cost of the date ends here. If we didn’t have sex, I’m not paying for her taxi. Because most likely we are not going to see each other anymore and probably won’t have sex in the future. So since she is just some random chick at this point that I haven’t had anything with yet, I wouldn’t pay for the taxi.

The public bus is over there.

So let’s summarize all of this so far…..

In worst case scenario where you pay the following:

In best case scenario where you don’t have to pay for much:

How Much Do I Pay Personally?

I actually have a spreadsheet of all the chicks I have ever had sex with.

So I looked at the numbers over time from over a decade.

One thing I noticed was that when I was much younger around 18 or so, dates were pretty cheap. About same as now.

Then I started traveling around Latin America. And in the early years, I used to take chicks to motels occasionally as sometimes I stayed at places where they had a no guest policy.

So dates back then were a little bit more expensive.

But with the chicks I was dating before my current girlfriend?

With most of them, the cost of the date was near $0 USD.

With usually condoms being the only expense and sometimes a taxi too.

Because in large part I usually take chicks to parks personally. Most seem down with it as I also do a good job screening for chicks that are down for sex before the date begins.

But some of the dates are a little more expensive with maybe some coffee or beer costs.

Though you get the idea…

Final Summary: Usually a date down here will cost somewhere between $0 USD to $21 USD total and often lean towards the lower end of that if you know what you are doing.

And so hopefully that gives you an idea of how cheap it is to go on dates down here.

Now if you have any insight of your own or some questions, let me know in the comment section below or send me an email.

Thanks for reading and your time