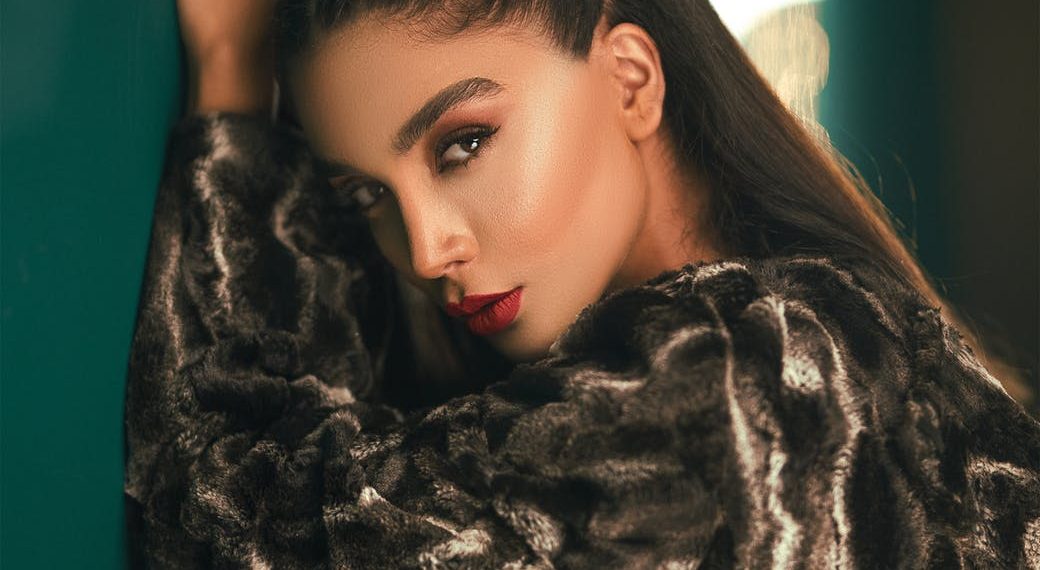 During one of Colombia’s biggest carnivals, the Barranquilla Carnival, sexy women were dancing down the street. This moment reminded me of all the sexy options that existed here for dating Colombian girls in Barranquilla.

Attractive Colombian women were all around having a good time.

There was a very “party like” atmosphere at the time several years ago when I was there.

First I was enjoying the sights and the music in the area.

Then I left to walk to a nearby street with some friends to buy some food.

On the way there, I saw a cute chick in a skirt and a small shirt that had the Colombian colors on them.

Now who could complain about sexy women showing off a little bit?

Especially given the heat during the carnival at the time.

Obviously nobody was dressed up in a suit at the time given the humidity and the heat.

Making eye contact, I approached her and asked what she was selling.

Which is a type of fried pastry with usually some type of meat here in Colombia.

I ordered one, we flirted and exchanged numbers.

Just before moving on back to where I was during the carnival, I gave her a quick kiss.

Texting later that night, we made plans to have drinks at a bar near my apartment.

And with a happy ending, we ended up enjoying the night together.

Barranquilla is located on the Caribbean Coast of Colombia with plenty of beaches nearby. It is situated between two other cities – Santa Marta and Cartagena.

The city itself is very ugly, poorly planned and has very little to offer in terms of entertainment or tourism. However, the women here are better in my opinion than the other two cities mentioned.

In addition, Santa Marta and Cartagena are close enough that you can easily visit them to enjoy the tourism that they have to offer while enjoying the women in Barranquilla and its cheap cost of living.

Plenty of options for dating Colombian girls in Barranquilla.

The weather of the city is almost always very hot and you will be sweating very often every time you step outside. The rainy season in the area is from April to June and August to September.

Finally, the logistics of Barranquilla are bad when it comes to organizing dates. The city layout is poorly planned and the city is not very friendly to people who want to walk. Public transportation is also of poor quality.

You will likely be taking taxis very often during your time here.

Which, it should be mentioned, the taxi drivers in Barranquilla drive very aggressively and quite poorly.

………To the point that there were several moments where I thought I was going to be very injured when riding in one of their taxis.

Overall, Barranquilla is a bit less safe than other Colombian cities but it is not terrible either. The fact is there are more bad neighborhoods here than what you would see in other cities like Medellin.

Regardless, it is not a terrible city to be in regarding crime and you will be fine if you use enough common sense.

In general, the more north you are in the city, the better you will be. You would be best to stick around areas close to Buenavista mall, Portal del Prado or Villa Country. Also, the streets in Barranquilla are numbered such as “calle 50” or “carrrera 60.” The best streets to be on are between Calles 55-99 and Carreras 46-64.

Compared to other cities in Colombia like Medellin or Bogota, there are not a lot of women who speak English in this city. Your best chance of finding an English speaking woman is to visit the Universidad del Norte where you can find more women there who have learned English.

However, when you factor in the entire city and not just that university, you are going to need Spanish to have any real luck here. Make sure to improve your Spanish with resources available online to at least a conversational level before showing up.

Or if you have trouble improving your Spanish, using a translator can be of great use for speaking with the women here.

One other thing is that the women here tend to be very impressed if you manage to speak Spanish well enough at a conversational level. Women in Barranquilla have always been a little bit more surprised that a foreigner such as me would visit their country and that I speak Spanish.

Both of those things (your foreign value and your Spanish ability) will make it easier to date Colombian girls in Barranquilla.

The women in Barranquilla known as costeñas. They are mostly white or brown with some black women as well in the city. For that reason, the women have usually darker skin compared to women in Bogota or Medellin.

Overall, there is a lot more diversity in overall skin tone between white, brown and black.

The women here are a bit more attractive than what you will see in Bogota. In my opinion, the women on the Caribbean coast in places like Barranquilla are some of the more attractive type of women you will find in the country.

Plenty of sexy options for dating Colombian girls in Barranquilla.

The only other area that has more attractive women is Medellin and the two cities of Pereira and Manizales.

The nightlife in the city is overall decent. It’s not amazing and other cities such as Medellin or Bogota have much better nightlife.

However, there are a few places that are great for dating Colombian girls in Barranquilla:

Barranquilla is not the best city for daygame in Colombia due to how poorly constructed the city is. In addition, the city is not friendly to people who prefer to walk with bad public transportation. Because of these issues, you will have less women to approach generally speaking.

However, I would still recommend daygame for this city given that the women generally speaking are very friendly and interested in foreign men.

In my time here, I have easily come across plenty of women here who would just constantly look at me and showing very clear signs of interest.

Because of how much stronger the interest is here from the women to foreign men, I would recommend you do a lot of daygame here. This will allow you to find even higher quality women than the ones you can find on Tinder.

Overall, it makes it easier for dating Colombian girls in Barranquilla.

In my experience, the places that you should focus your daygame on are the Universidad del Norte and the different malls in the area.

For Universidad del Norte, you will find some of the best looking women there in my opinion. Plenty of very cute women in their 20s who are studying there and are very receptive to meeting a foreign guy.

Regarding the malls, it would be best to check out Buenavista Mall, Miramar Mall, Portal del Prado, Centro Comercial Viva, Villa Country and Unico Outlet.

Finally, both direct and indirect game work well here. I usually prefer direct game anyway to get to the point quicker.

Compared to other cities in Colombia, there are not as many women who seem to use Tinder in Barranquilla. However, you also have plenty of women in nearby cities like Santa Marta and Cartagena. In my experience, the women in those cities tend to not be notably more difficult than woman in Barranquilla. However, you will have less foreign value to them given there are more foreigners visiting those cities due to their tourism.

Regardless, the women in those cities are fairly attractive and similar in looks to women in Barranquilla. At the same time, it has never been too difficult for me to get an occasional woman here and there from those cities to visit me in Barranquilla during the time I was there.

Therefore, you will find a decent amount of options from Tinder for dating Colombian girls in Barranquilla but your experience will be better if you expand your options to the other two cities given their relative proximity.

And outside of Tinder, make sure to check out Colombian Cupid as it has plenty of decent women on there ready to meet a nice man.

Or if you are interested in meeting a potential wife to settle down with, try out the online resources offered by Dream Connections

Outside of Bogota, Barranquilla is my second favorite city for restaurants. This is because there are a few specific restaurants here that I always visit whenever I return to Barranquilla.

These restaurants are the following:

Restaurante Damascus: Really great Arab food. Is located in an area that is not too bad. Very good prices also.

Porthos Steakhouse & Pub: One of the best places I could find for a good hamburger.

On a side note, I would also recommend you eat a type of food called salchipapa. It basically contains French fries, beef sausages, a type of sauce such as ketchup or mustard and chili peppers. However, some places will have options to include other types of food such as chicken.

Tastes great but not very healthy.

Similar to my guide to Bogota, I would recommend you stick to the better hotels and pay a little extra for something nicer. There are plenty of hotels in Barranquilla and Colombia but a lot of them are very low quality.

In that sense, it’s a bit like the idea “you get what you pay for.”

I don’t have any personal experience with using hotels in Barranquilla since it’s been years since I’ve had to use one there.

However, last time I was there, I tried Hotel Caribe Princess Barranquilla because there was a few places I wanted to be close to and that hotel was in the area.

I would overall recommend it. It was a decent experience. Nothing great but it is good enough.

Similar to other cities, always make sure that the hotel you are staying in has decent logistics and is close to whatever part of the city you want to be close to.

Overall, this is not a city that I would recommend to live in long term. It is generally a lower quality city that does not have much to offer. However, if you are willing to overlook the uglier appearance of the city, the intense heat and the poorly planned construction of Barranquilla, this place is not bad.

Especially when you consider the attractive women who are not afraid to show interest in you and the amazing beaches nearby along the Caribbean coast.

Hope you all can make the trip to Barranquilla someday to enjoy the empanadas and dating Colombian girls in Barranquilla.

By the way, Barranquilla has one of the world’s biggest carnivals in the world. If you want to know how to get laid when visiting this Carnival, check out this Ultimate Guide that I wrote for getting laid during this event.